Over 10 years ago I was asked to clear old and neglected rooms in an estate agents office in my home town. The building used to be a pub with boarding, no further explanation for my find was available other than a guest or one of the early office staff had left the Universe there. 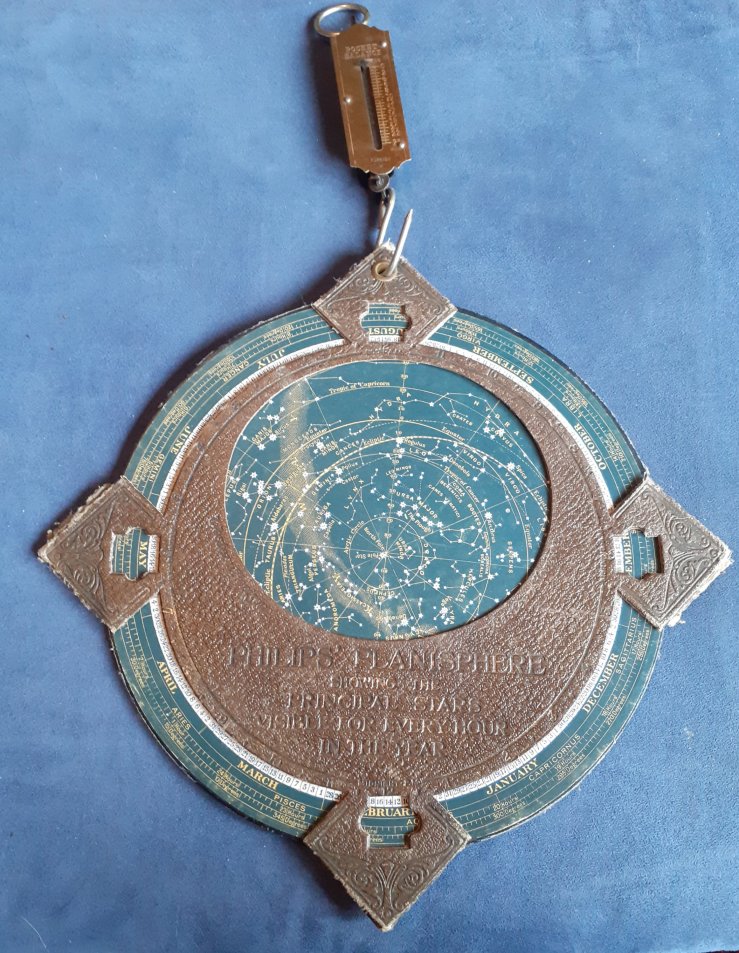 The object is a ‘Planesphere’, a card device consisting of a disc with a map of the whole night sky that held in a frame with windows that allowed a study of the known universe and its position at any time. 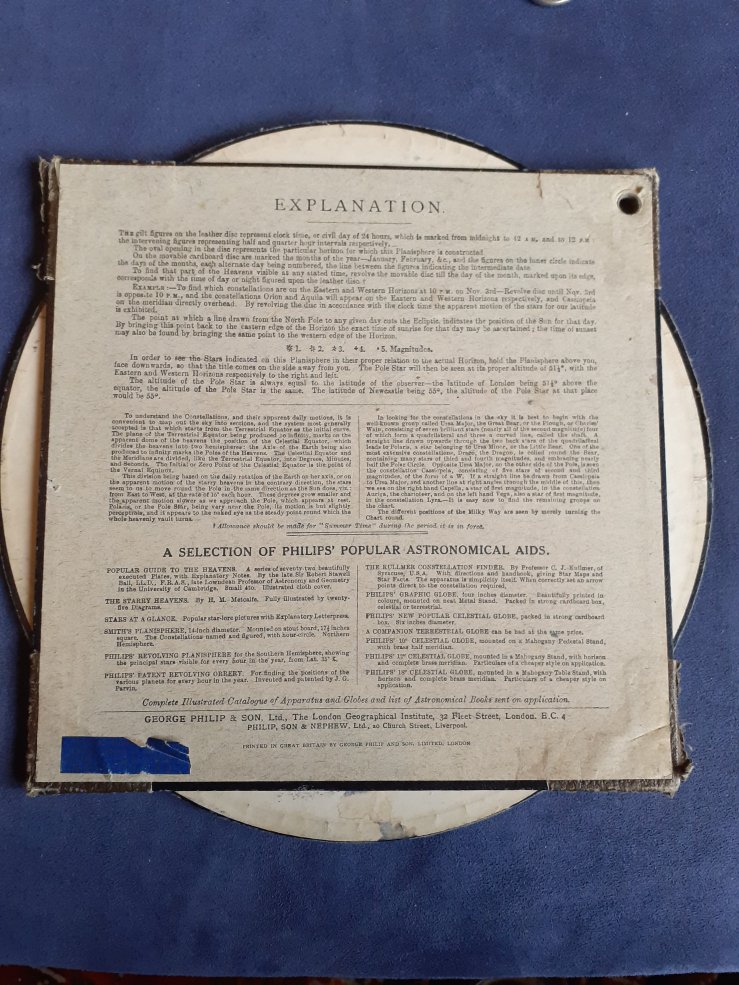 A brass hanging hole at the top inspired the addition of a brass letter scale from the same period that I had in the house.United, the 2 found objects represent so much meaning.And in reality this ‘image’ of The Universe weighs only one mark or half a pound on the scale. 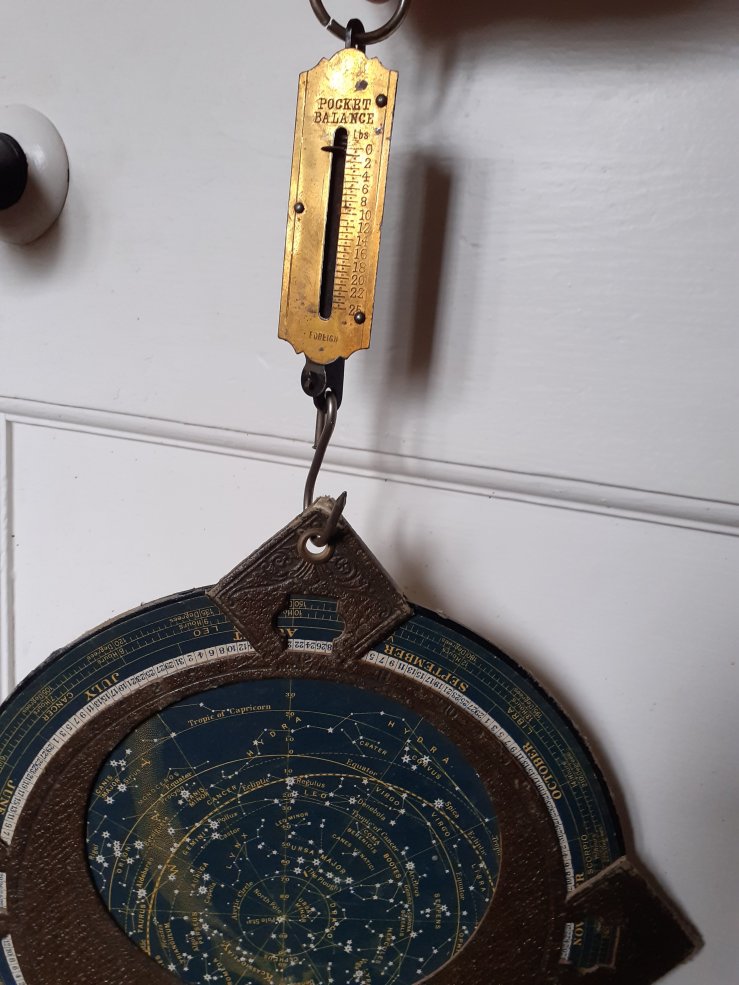 Thus the question implied… what real meaning do the efforts to understand gravity and the mass of The Universe that science spends so much effort have?

This is a text widget, which allows you to add text or HTML to your sidebar. You can use them to display text, links, images, HTML, or a combination of these. Edit them in the Widget section of the Customizer.
Loading Comments...
%d bloggers like this: